Humans have always been seafarers from our beginnings in simple boat to modern aircraft carriers. The archaeological record shows evidence of shipbuilding dating back to the earliest cultures from all parts of the world. We also find evidence of the latest military technologies incorporated into those boats.

Whether we are talking about ancient Asian and Mediterranean civilizations or the great naval fleets of the Spanish and the British, countless wars of conquest were fought on the waterways in our past.

With the first powered flight of an aircraft achieved by Wilbur and Orville Wright on December 17, 1903; a new form of transportation was born. And only a little over a decade later they would be used by the military for reconnaissance and as “fighter” airplanes with attached machine guns in World War I. 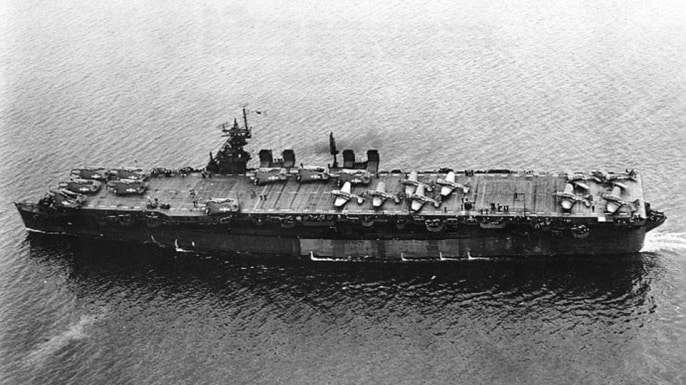 The earliest airplane/seaplane carrier was the HMS Ark Royal launched on September 5, 1914, to be followed by the HMS Furious several years later. Both were quite primitive by today’s standards, but highly effective fighting machines in their day.

By the early to mid-1920s, the U.S., England and Japan were converting and/or developing specific flat-deck craft for the purpose of the transport, takeoff and landing of planes. And by the time World War II began in 1939, aircraft carriers were key components of naval fleets.

On December 7, 1941 Pearl Harbor naval base in Hawaii was attacked by 353 Imperial Japanese aircraft launched from six aircraft carriers in the Pacific Ocean. During the war the use of aircraft carriers changed everything as air power was becomming a singificant factor in warefare.

Within three years, the U.S. would win decisively in the Battle of Midway — the first time in history where aircraft, not warships, would be the key tactical components in a naval battle. Four Japanese carriers were sunk by the American planes.

Aircraft carriers of that era were nearly the length of a football field and had a maximum speed of around 37 miles per hour. They held approximately 90 aircraft and utilized elevators and hydraulic catapults with a range of around 14,000 miles at 17 mph (fully fueled). They had a crew of approximately 3,500. 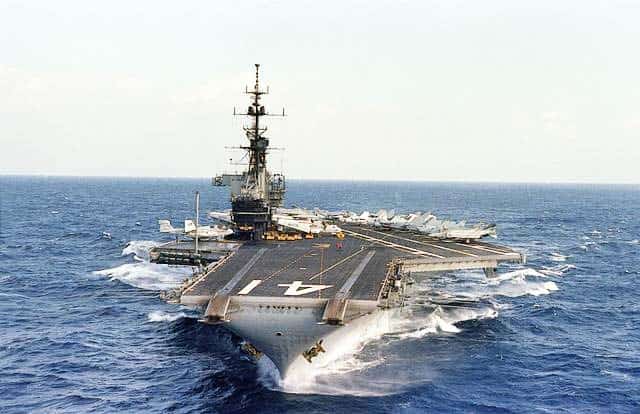 We invite you to explore the USS Midway Maritime Museum in downtown San Diego at Navy Pier. It will take you several hours to go through and see all the displays. It is a unique experience.

On our sightseeing yacht charter tours you will have the opportunity to bee both the Midway Aircraft carrier as well as modern aircraft carriers. Although the Midway seems large, its size when compared to modern carriers is compact.

We do have a couple short videos of aircraft carriers in our video gallery.  Seeing the video really give you an impression of how large these vessels are.

The U.S. currently operates 19 ships that fall under the category of aircraft carriers, but only 10 of these are what we think of as actual aircraft carriers. They can be broken down into 4 categories;

The carriers that garner the most attention are the catapult assisted super-carriers. They are all are nuclear powered with lengths well over 1000 feet in length. They are “floating cities” with crews of 5,000 plus and contain missiles as well as fixed wing jet aircraft and helicopters. They can travel unlimited distances and have on board air traffic control radars and guidance systems.

Aircraft Carriers – The Next Generation

The USS Gerald R. Ford will be the first of a new class of aircraft carriers to be designed with the latest technology – it will be in operation in late 2017. The military is always looking for ways to include the later technologies and reduce cost at the same time. There are plans for 3 Ford class carriers the USS Ford, USS Kennedy and USS Enterprise with the current designs in place. With carriers that are delivered furthered into the future design will naturally change. Perhaps the aircraft carrier concept itself will be made obsolete with technological advances of the future.

They have engineered with a variety of next-generation technologies such as a larger flight deck able to increase the sortie rate, an electromagnetic catapult to replace the current steam system and a lot more automation and computer controls over the entire ship. It needs to accommodate new weapons, sensors and various other systems that become available. The carrier will have increased unmanned aircraft abilities.

The USS Ford is built with generators to supply 104 megawatts of power to the ship. This is needed to support systems such as its Electro-Magnetic Aircraft Launch System and future systems such as lasers or rail-guns. The Ford-class ships are designed with a smaller island and more larger deck space and new weapons elevators.  These ship will also employ greater automation thus decreasing ship compliment.